The Basics of Subletting

What really is subletting? It is when the tenant of a property, rents out an apartment, a house, a room, a part of the apartment, or even an office directly to another person who in return transfers them a sum of money, defined beforehand by the two parties (the main tenant and the sub-tenant). It’s a very common practice in the big cities, particularly in Paris, where it is difficult to find accommodation especially for a short stay and where your file needs to be extremely strong in order to rent with a landlord or by using a real estate company. As you are aware, signing a lease in Paris isn’t easy, it is why by subletting, the main tenants thus make sure to keep the property they’re renting while receiving money which results from subletting and the subtenants enjoy accommodation, usually furnished, while providing financial compensation to initial tenants. You will need to differentiate flatsharing and subletting, because the 2 terms are often mixed up. Flatsharing means sharing an accommodation with several people, signing a contract directly with the landlord. In the case of a sublet, the tenant himself rents all or a part of his property to someone else.

Most people think that subletting is illegal and that Parisiens are not within their rights when they sublet their property. This is not true, when it is regulated by the law and authorised by the landlord, subletting is legal. There are however some conditions that you need to respect. First of all, the landlord must agree in writing that he can sublet the property to a third person. Be careful, the amount of the rent of the sublet cannot under any circumstances be greater than that of the rent indicated in the lease/commercial agreement. In Metropolitan areas, especially in Paris, if the rented accomodation is the principal residence of the tenant, it cannot be sublet for more than 4 months in a year. It will also be necessary to do a teledeclaration to the townhall/city council. On the other hand, in the case of a flatshare, the premises can be rented for as much time as the flatmates want and that their contract with the landlord permits it.

1.3 Can you receive APL when you sublease a property?

In even the areas of Paris which offer the most affordable accommodation, the housing aid transferred by the CAF such as the APL (Personalised Housing Assistance) prove to be vital for students, interns and young professionals to be able to afford such accommodation. The big question is: Is it possible to receive these benefits when we sublet an apartment in Paris? There is only one case where the sub-tenant can receive the housing assistance, it is when the tenant sublets a part of their accommodation to a person who is older than 60 and younger than 30, or to a disabled person. The goal of this is to encourage intergenerational co-living and solidarity in relation to housing. In relation to a flatshare, it is important to note that the APL can be received individually by each member of the apartment. Take into account that the CAF, who distributes this aid, can take some time to treat your file, but the payments will be backdated, which means that even if your application is validated a couple of weeks or months after the beginning of your contract, the amount of assistance that you are owed will be transferred to you from the beginning of your contract.

2. Why resort to subletting an apartment?

Subletting presents several advantages for different parties involved and especially when they want to live in a zone where the rental market is tight – as it is in Paris. For starters, the original tenant can avoid moving all of their belongings and is guaranteed a place to live when they return. This also means that the rental duration is more flexible, depending on the agreement between the tenant and the subtenant. On the real estate side, the main advantage is that he does not have to find another tenant, nor re-do another rental contract or inventory checks. In relation to the subtenant, they do not need to pay the security deposit in most cases, and they also avoid agency fees. This can be very advantageous for cities such as Paris to be able to sublet, as many people only need accomodation for a couple of months (while they’re doing an internship/training/or has a short term work contract for example), and given how tense the real estate market is in Paris, subletting, in the same way as flatsharing, means that less apartments remain unoccupied.

2.2 Can you save money by subletting?

It is sure that a tenant can save money by subletting their apartment. As indicated previously, this allows him to receive an amount corresponding to all or part of the rent he pays to his landlord when he does not personally occupy the accommodation for a given period (for example, if he goes on holidays). This also means that the tenant doesn’t need to wait for the refund of his security deposit and transfer another deposit for another apartment when they return, therefore it will have no impact on their cash-flow. The subtent can also save, as he will benefit from a less expensive rent in most cases and he does not need to fork out a sum for the security deposit or agency fee. Also, in Paris, saving on rent is vital, especially for French or International Erasmus students, for example, or for interns who generally don’t work for too long in the city. In this scenario again, it is worth making the difference between subletting and vacation rental properties, such as Airbnb. Indeed, in the case of Airbnb, the duration of stays are often shorter and the prices are often higher as they are calculated by night, and not by month. So, even if you are in Paris for only a couple of days, this type of rental is less cost-effective than subletting.

If subletting means that the landlord can avoid writing up a new lease and a new inventory list, the same does not apply to the tenant who wishes to sublet their accommodation. Indeed, the law states that an inventory should be established with the sub-tenant when they return the keys. It is also obligatory to provide a sublet contract which contains certain key information such as the agreed rent amount, the description of the rental, the date of payment of rent and also the written agreement of the landlord. The administrative steps are in general less greater for a sublet than for renting directly with a landlord, which means that everyone saves time. In Paris, as in other cities where the real estate market is tight, many people do not have a French guarantor who earns three times the amount of the rent or 2,000 € net per month minimum as some agencies specialising in flatshares require, such as Chez Nestor, the French leader in this sector. They can thus access sublet accommodation even without having solid guarantors.

3. What are the risks of subletting in a big city?

3.1 Does both the tenant and landlord benefit from this?

Despite all the benefits that subletting offers, there are also significant disadvantages to take into consideration. It is worth noting that the landlord is in no way legally tied to the subtent, the tenant therefore is responsible for any deterioration of the apartment or of its furniture by the subtenant and will have to face the consequences with their landlord. It is the same with rent that has not been paid, it is the tenant who will be responsible for collecting the rent payment alone. In relation to an illegal sublet (no permission from the landlord), no appeal will be possible in the event of unpaid rent or damage to the equipment and the main tenant will not be able to assert his right in these cases since no contract governs a sublet without the authorization of the owner.

3.2 Is an illegal sublet actually risky?

Subletting is indeed very risky when it is illegal. If the tenant sublets all or part of his accommodation or offices, through Airbnb or directly with the sub-tenant, and the landlord has not authorized him to do so, the tenant is at great risk. The owner will have the possibility of having the illegality of the sublease noted by the courts. The tenant takes the risk of being evicted and/or that the owner puts an end to his rental contract. In some cases, he may even be forced to pay damages. In addition, if the tenant illegally subletting was able to escape eviction or termination of his contract, the owner will be entitled not to renew the lease contract by invoking legitimate and serious reasons. You have to be careful because even Airbnb-type subletting or other short-term seasonal rentals can cause big trouble for the tenant who practices them without prior authorization from his lessor, even if he only occasionally sublets (for a few nights per year or per month for example) his apartment or his house or part of the accommodation he occupies. The risk is even higher in larger cities such as Paris where subletting is closely monitored by town halls and associations of co-owners.

Among all the subletting offers that exist in the capital and in other French metropolises, some of them can turn out to be scams or can be risky if they are illegal. So how do you avoid taking risks and choose the right sublet? First, you should avoid people who ask you to make transfers to foreign bank accounts, often before you have even visited the premises. Instead, favor a person with whom you go to live and check that the bank account into which they ask you to deposit the money is in their name. You can also choose a reliable company such as Airbnb for a short-term sublet or Chez Nestor, the leader in turnkey furnished flatshares, which offers longer stays (minimum one month and no end-of-contract limit) and allows you to make the payment of the various rents, or the deposit, by debit/credit card directly on the secure website.

There are many advantages of choosing Chez Nestor for your stay in Paris, in addition to the reliability of this company who has been present for almost 10 years in 6 major cities of France, you will not need to queue up with your file outside the apartment, the virtual tours shot by the Chez Nestor teams allow you to move around in their Parisian flatshares as if you were there. Administrative procedures are also reduced to a minimum with Chez Nestor in order to facilitate access to accommodation and finally, the reservation works on a first-come/first-served basis so that all tenants have the same chance of reserving the room they want!

To sum up, subletting can be advantageous for the tenant, the sub-tenant and the lessor. Be careful, however, and avoid illegal subletting that has not been approved by the landlord (ask to see this document before committing to subletting), as it may present risks for the parties involved. Prioritise people that you have been able to communicate at least by telephone for your subletting or trusted companies such as Chez Nestor.

Good luck in your search! 🙂 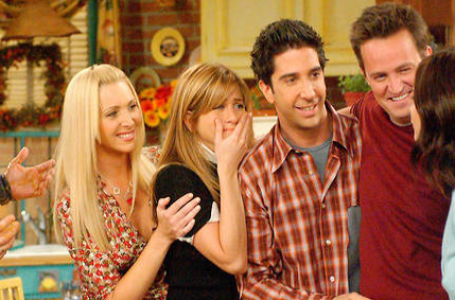 How to find a good flatmate match? 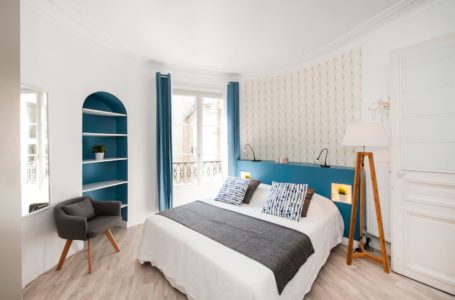 The advantages of furnished flatshares for young...