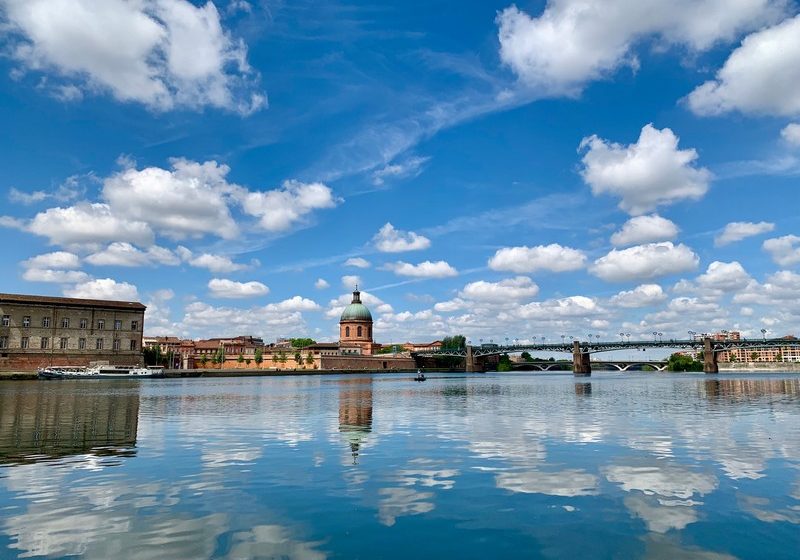 In the French “pink city”, known as Toulouse, Chez Nestor strives to find apartments in the most representative buildings of this so atypical architecture of the South West of France. Discover Chez Nestor’s furnished and equiped shared apartments in Toulouse.

The name of the city will not escape you when you make your first steps there. It is the colour of the buildings that strikes. Both the houses and the buildings of the city are marked with shades ranging from pink to red, passing through a deep orange. These shades are due to the construction of the buildings made of bricks, and tiles for the roofs.

And if the “pink city” is famous for its colors animating the city from morning to night, the Toulouse architecture is also singular and specific to itself: the traditional building, the gabled houses, the neo-Basque style, the garden cities, the garden houses and… the “Toulouse houses” named “toulousaines” in French!

These references refer to traditional Toulouse architecture. In this article, we are most interested in “toulousaines”… because Chez Nestor knows them well!

“Hello the “toulousaines”, as one might easily believe, does not mean living with the women of Toulouse. But well, we suspect that you guessed it…

The “toulousaines” are suburban houses which appeared for the first time in town in the XVIIIth century. Originally, they designated the dwellings of the market gardeners of the suburbs of Toulouse.

For a brief description, these houses are built on the ground floor, mainly in bricks, in several shades (not only red as one could imagine!). They have 4 to 5 windows facing the street. The front door is surrounded by them. The roof has two slopes, is parallel to the elevation, and has a decorative frieze that is at its limit. Often known to be on a single floor, there are also “raised toulousaines” or “high-heeled toulousaines” with several floors.

An architectural richness that blends perfectly with the Toulouse mentality: so welcoming. In short, do not hesitate any more and come to discover the so particular charm of the capital of the South-West of France!

Rendez-vous at 19bis rue de Volta for your accommodation in Toulouse !

You don’t know where to stay? But most of all, where can you find a building like this? No problem, Chez Nestor has the situation in hand for you!

Chez Nestor made his nest in a “toulousaine with high heels” ! In the heart of downtown, this small traditional building will delight you with its charming facade typical of the region.

This rare pearl, almost classified “historic” will not disappoint you!

But that’s not it at all! You will also find an interior decoration combining a vintage and modern look to stay in the traditional while adding a 21st century touch!

A choice of dark wood parquet for a conventional touch full of charm can give a warm atmosphere by a floor “with character”: which gives the hue of the atmosphere !

From white walls to exposed beams #2

Walls painted white to give maximum brightness and size in the rooms. Walls decorated with wooden beams to give back the vintage side to the rooms.

A shared flat of over 80m2 in the heart of Toulouse in a completely renovated typical accommodation! What else?

Chez Nestor offers you hundreds of furnished and equipped rooms in the heart of Toulouse’s city centre! Visit the site to discover all the rooms available at the moment!