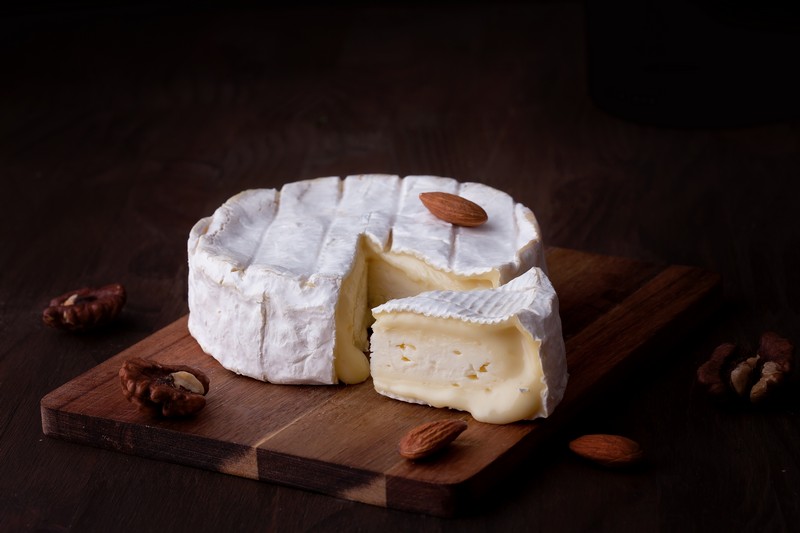 French people are internationally renowned for bread, wine and… CHEESE! Here is a guide to choose the right cheese according to your taste. With your roommates, it’s going to be an opportunity to taste them all together!

Probably one of the most famous French cheeses, the camembert is made with cow’s milk most of the time. You can recognize it by its very white rind and its strong flavor.

If you want to be a part of French clichés, you can go buy a camembert and a baguette everywhere and eat that with a bottle of wine!

Probably one of the most famous French cheeses, the camembert is made with cow’s milk most of the time. You can recognize it by its very white rind and its strong flavor.

If you want to be a part of French clichés, you can go buy a camembert and a baguette everywhere and eat that with a bottle of wine!

Le Comté is a very popular French cheese. It is not as strong as the other cheeses, it could be compared to the emmental, even if its flavor is more pronounced. French people sometimes eat it as an after-school snack!

It is one of the rare soft cheeses of France! That is why children love it, and also because there are holes in it. L’emmental can often be found in pre-dinner drinks, cut in little cubes, or you can found it on many recipes with its grated form.

Brie is a runny cheese with a mould surface (that means that it has been ripened), and as its name suggests, it comes from a French region called Brie. It looks like the camembert visually but the flavor is not that strong, so you can taste it without worrying too much.

Roquefort is known for being mouse’s cheese (by the way, the mouse in The Aristocats is named Roquefort in the French version)! But don’t worry, it is not only for mice, French people, especially those who like strong cheeses, are very fond of the blue-veined Roquefort.

The Savoie is a nationally renowned French region for its cheeses, and especially for the Tome. It is made from cow’s milk, but some cheeses made with goat’s milk are also called Tome. It can be very strong or very soft according to the process of fabrication so you can but it at your own risks!

As its name suggests, this cheese is from the Pays Basque and it can also be called Ossau-Iraty. It is a hard cheese made from raw ewe’s milk and it is very popular in the South of France. To have a very traditional degustation, you can taste it with black cherry jam.

Le Saint-Nectaire comes from Auvergne and it belongs to the pressed uncooked cheese category. It is a rather soft cheese and you can eat it after a good meal, or you can make a good meal out of Saint-Nectaire as it used in some nice recipes!

Le Reblochon is one of the most famous French cheeses along with the Camembert. It is mostly known for its strong smell and for being really runny. It is quite strong and you can find it in some famous winter recipes such as the Tartiflette, a kind of potatoes gratin with bacon strips and reblochon.

If you want to taste the Reblochon with the Tartiflette, find the recipe here

You are searching a flatshare in France? Chez Nestor has what you need! Discover French food with your roommates in a renovated, furnished and equipped flatshare in the city center of the biggest French cities.