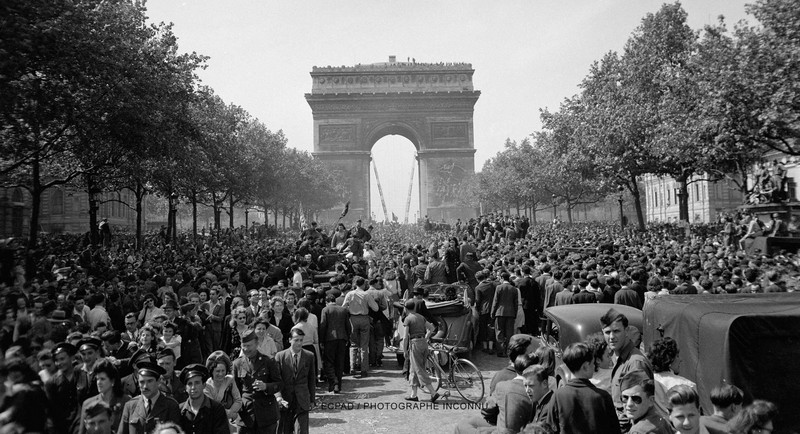 If you are working in France in May, you will probably have the chance to discover the several public holidays of this month. The first one to come, May 8, is not the simplest to explain. Let us explain it easily for you. You do like history, don’t you? 🙂

In 1945, Germany was not in a good place for winning the war. On the 30th of April, Hitler killed himself, and at the beginning of May, the Soviet Army was in a total control of Berlin. Hitler’s successor, Dönitz, tried to negotiate with the Allies to get back most of his troops and to keep a kind of control over Eastern countries. However, he was obliged to surrender and to sign an agreement in Reims on the 7th of May. You may think: why are we not celebrating on May 7 then? Well, the story is not over. Stalin was furious that the agreement was not signed in the city that he had invaded, he wanted the German to surrender to take place in Berlin, to prove the Soviet power. His wish was granted and another signature happened in Berlin on May 8 if we are considering the French hour, and on May 9 if we are considering the Russian one. That is why the German surrender is celebrated on May 9 in Russia, and on May 8 in France. The cessation of hostilities was supposed to take place on May 8, at 11p.m. though. In spite of this signature, the war didn’t really end until Japanese capitulation on September 2.

Things seem pretty settled now right? Well, not at all. On the 20th of March 1953, May 8 was considered as a public holiday as a commemoration. But in 1975, the French president, Valery Giscard d’Estaing, decided to remove this official commemoration and to transform it as “la journée de l’Europe”, as he was trying to improve French relationships with Germany. The day was considered as a public holiday again in 1981, at the request of François Mitterrand.
Every May 8, there is a tradition similar to the tradition of November 11: the French president goes through French troops, he leaves a spray of flowers in front of the statue of the Général De Gaulle, and he revives the flame of the unknown soldier’s grave.
May 8 is also commemorated in Algeria but not quite for the same reasons. On the 8th of May 1945, as Algeria was a French colony, they also had a demonstration to celebrate the end of the war, but they also take advantage of this event to remind French people that they wanted to be independent. These rebellions caused thousands of death, and Algerian people now remember this date as a “rehearsal of their victorious insurrection of 1954”.

Now you know everything about this date! And it is even better when it falls on Mondays or Fridays! 😉